Famers in Zamfara are reportedly asked to pay “Harvest Fees” by bandits before they can be allowed to harvest their crops in peace.

Farmers made this revelation to BBC Hausa. The farmers were forced to pay bandits to allow them access to their farms at the beginning of the planting season. Now that it’s time to harvest their crops, the bandits are demanding as much as 900,000 Naira from farmers in certain villagers before they will allow them carry on harvesting.

Northern youths took to Twitter to complain about this while explaining that this is one of the reasons for the expensive cost of foodstuff in the markets. 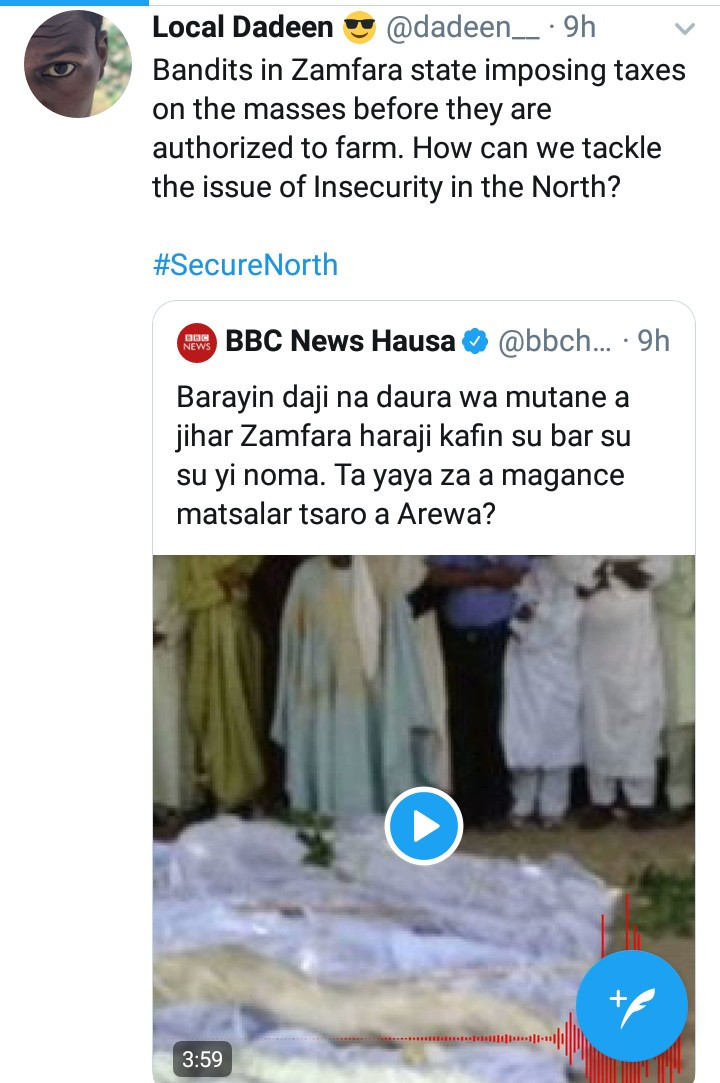 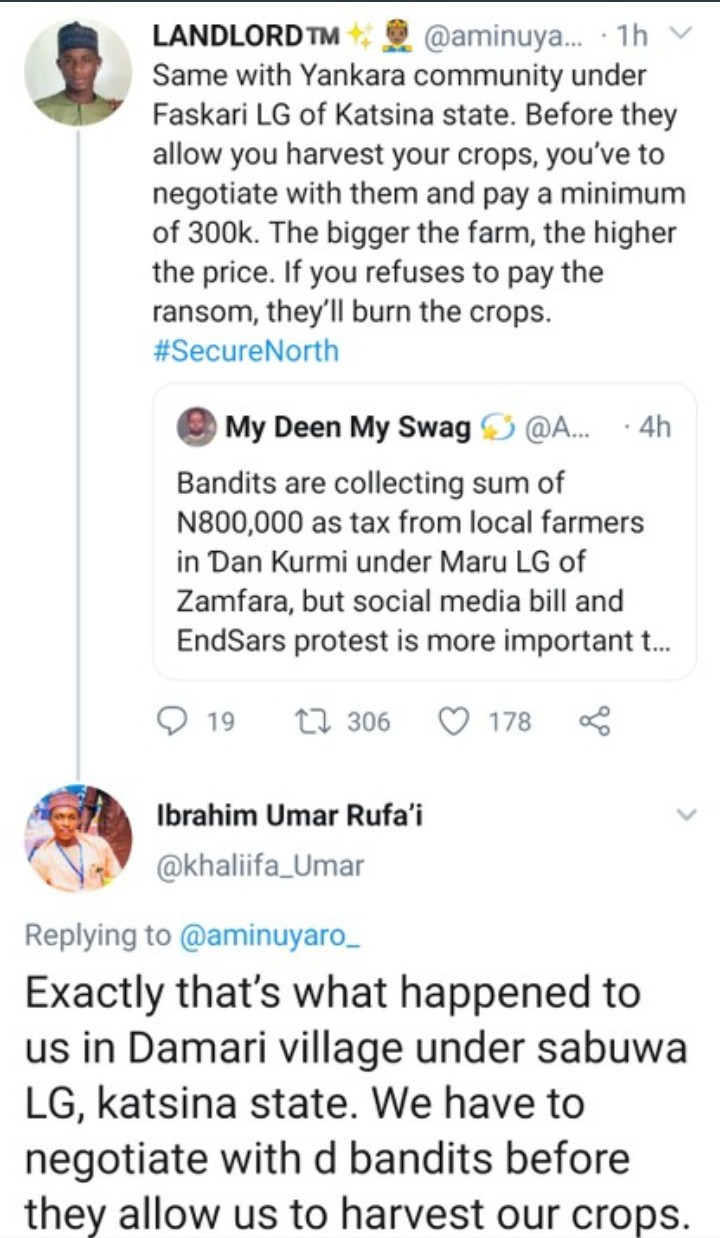 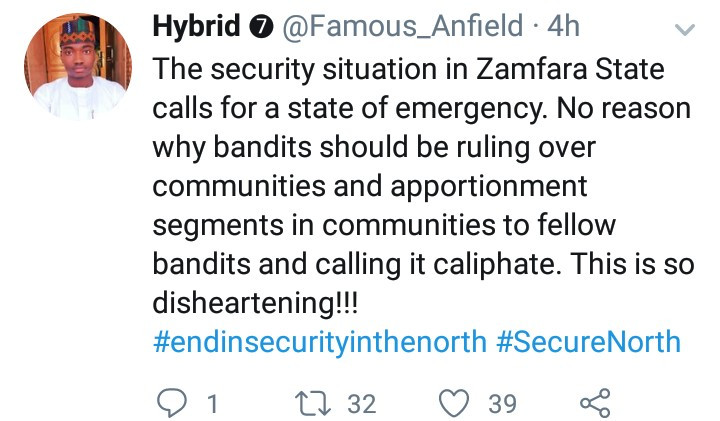 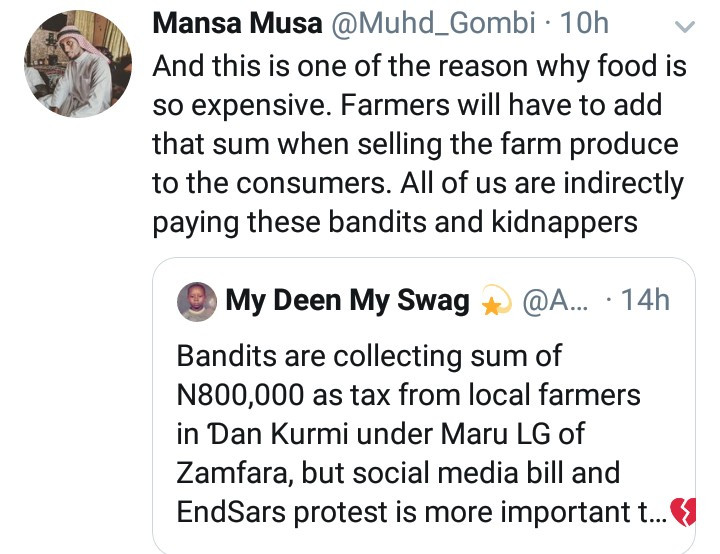