Two men suspected to be armed robbers were beaten and set ablaze by angry residents in Benin City, Edo state.

The incident happened in the early hours of Tuesday morning, November 3, near Okah Market, by the Ighodefeyi Road along Sokponba Road, Benin City. 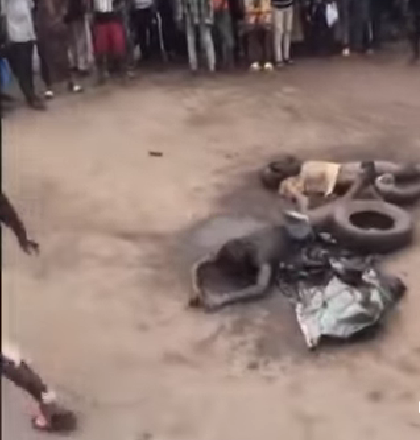 It was gathered that the suspected robbers were beaten with clubs and other dangerous weapons before being set ablaze by the mob, mainly youths, believed to be residents of Ighodefeyi and Upper Sokponba communities. 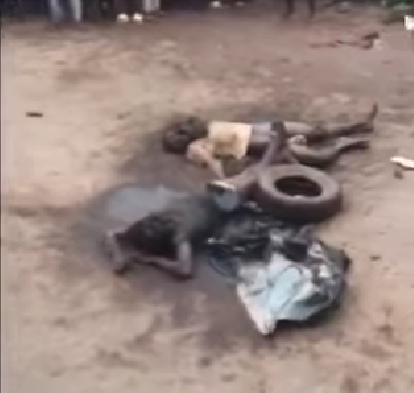 An eyewitness account said the suspects allegedly came out early in the morning and started robbing people and dispossessing them of their valuables before luck ran out on them.

“They came out early in the morning and they were robbing market women going to the market and other early risers going to their workplaces. There have been regular cases of a robbery around Sokponba Road here because the three police stations along this road namely St Saviour, Ugbegun and Idogbo have been burnt and destroyed. There is no single presence of police post or any other security agency here,” the eyewitness narrated .