The Plateau State Government has denied claims that it hoarded COVID-19 palliatives, saying that the distribution process was about to begin but had to be put on hold due to  #EndSARS protests.

Recall that residents of Buruku area in Jos South Local Government Area on Saturday morning broke into warehouses where COVID-19 palliatives were stored and carted away food items after accusing the government of hoarding them.

The  State Commissioner for Information Dan Manjang, in a statement, said it is wrong and mischievous for anyone to suggest that the State Government was hoarding food items meant for indigent citizens.

“Following the vandalization and looting of palliatives from some warehouses in Jos and Bukuru on 24th October 2020, it has become expedient for the Plateau State Government to condemn the action and further make some clarirications about the items to clear the erroenous impression that they were being hoarded,” said Manjang.

“The items at the warehouses were delivered to the state by the Federal Ministry of Humanitarian Affairs, Social Development and Disaster Management for distribution to beneficiaries in Plateau State.

“The public may recall that the Hon. Minister of Humanitarian Affairs Hajiya Sadiya Umar Farouk was in Jos together with the Minister of Women Affairs Dame Paullen Tallen on the 16th October 2020 to deliver the items and had indeed brought in the personel of the Ministry to carry out the distribution in conjunction with State officials. However as they were preparing to begin the process, the #ENDSARS protests began which put the process on hold.”

“Unfortunately while the team from the Federal Ministry of Humanitarian Affairs, Social Development and Disaster Management alongside the state representatives were waiting for the coast to clear to commence the distribution, the stores were breached and the items carted away

“The Plateau State Government therefore wishes to state categorically that it did not hoard any palliatives meant for the citizens of the State at any time. All the palliatives purchased by the State and those donated by private individuals were distributed equitably by the State Palliative Committee headed by His Excellency Prof. Sonni Tyoden, Deputy Governor of Plateau State.

“With this explanation, it would be wrong and mischievous for anyone to suggest that the State Government was hoarding food items meant for indigent citizens. The Rescue Administration of Governor Simon Lalong will never tolerate that

“Government wishes to once again appeal to the citizens particularly the youths to continue to conduct themselves peacefully and avoid any action that could cause the breakdown of law and order.

“The Government wishes to remind citizens that directive for the ban on protests and procession is still in force and security agencies still have the mandate to arrest and prosecute those who violate the order. Lets always Think and Act Plateau!” 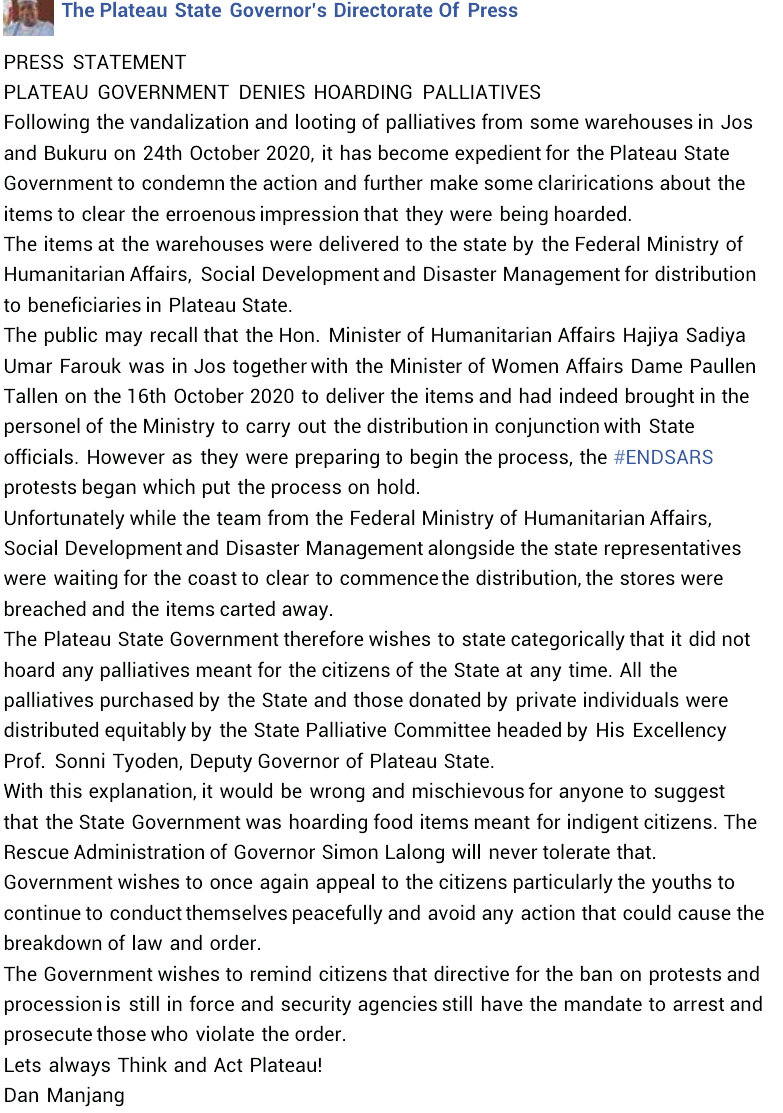 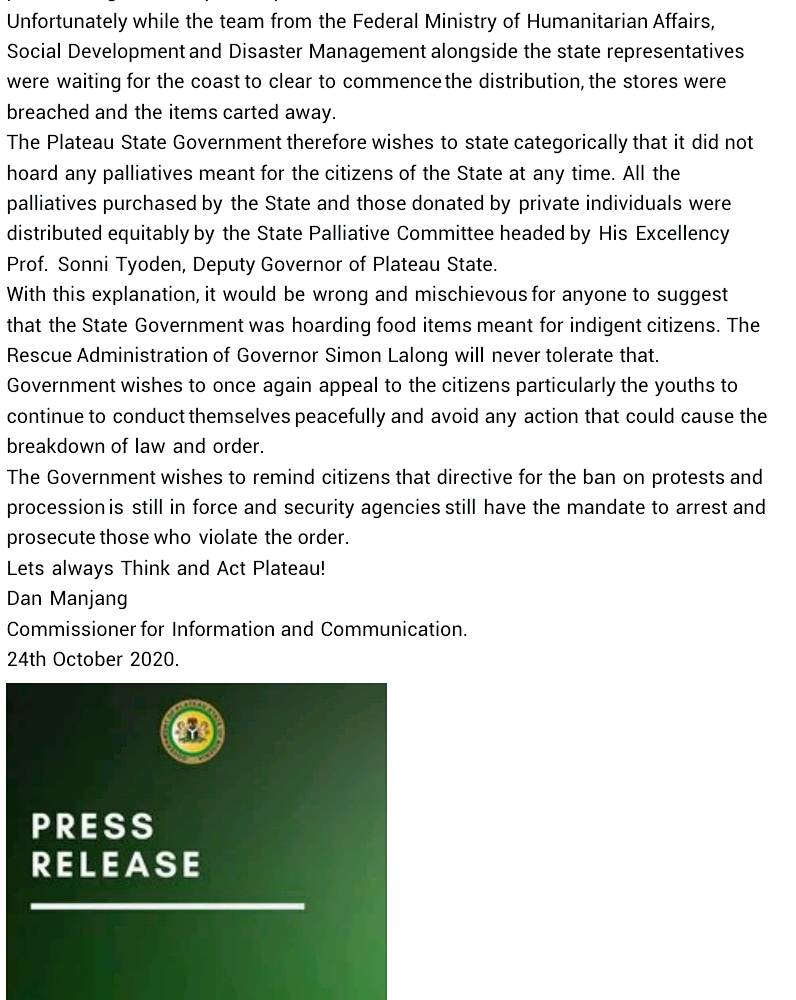